The Benefits of Portable Medical Plans

My letter on an area of Medishield Life, Push for Portable Medical Plans Needs More Support was published in the ST Forum on 13 June 2014.

The same topic was brought up in today’s Straits Times under the opinion page: 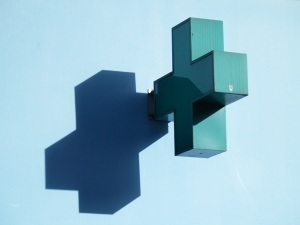 Due to space constraint, I was not able to elaborate on what are some of the additional challenges in transiting towards portable plans. Some of them include:

To untangle the mess, the government will need to bring in all the stakeholders and come up with a new workable system.

The following text is my original letter, before editing:

The Benefits of Portable Medical Plans

One disadvantage of group insurance is that the coverage will end once a person leaves the company, just when he needs it most.

Another disadvantage is that many people are covered by both their company’s group insurance and their own private integrated shield plan, which leads to unnecessary duplication and premiums wastage.

The civil service’s model of giving its staff extra Medisave contributions so that they can use it to buy their own portable insurance is a good one and could be followed by more companies.

However, this approach is not popular due to two reasons.

Secondly, companies are unlikely to overhaul their current group insurance benefits as it involves additional work with little or no incentive. Transiting to a portable plan is also not a straight forward exercise.

The push towards portable medical plan can only succeed if it is supported by government legislation and incentives. Perhaps a sub committee of the MediShield Life Review Committee can be appointed to look into this area.

Hi Martin
There are still quite a lot of people, including myself on CCS.

I guess you can’t have the best of both the MSO and the CCS scheme. The CCS coverage is actually quite good when you are still working.

The CCS is only applicable to those who join before 1994 and the number of people on the scheme will become lesser and lesser.

For those on the MSO scheme, the maximum subsidy (for outpatient treatment) for each officer’s medical expenses inclusive of his dependants’ is $350 per calendar year. An officer who has not used up the maximum subsidy of $350 in any one year and remains in service as at 31 December of the year will have the unused balance credited into Medisave account by March of the following year.

Dear Jasmin, the coverage after service thing (as enjoyed by those who are on the pension scheme) is a thing of the past. Once you leave service, you will have to rely on your own insurance. But the additional 1% Medisave that the government gives (applicable to MSO scheme) would have given you some balance to fund a few extra years of premiums for your Medishield or integrated shield plan.

Many civil servants and stats board employees are on Comprehensive Co-Pay Scheme in which the staff pays about 15% of some medical expenses.
What about those staff who hardly made any claims during their active working years and surely they deserve some “rewards” in terms of providing them some years of basic medical coverage when they retire?