CapitaMall will be issuing 7-year CapitaMall bonds to the public. 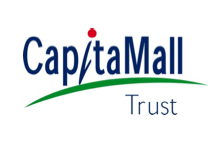 The minimum investment amount is S$2,000 for subscriptions under the public offer, with incremental multiples of S$1,000. The issue price of the CapitaMall bond will be $1.

The public offer has already open for subscription  and will close at 12 noon on 18 February 2014.

Out of the S$200 million tranche, up to S$150 million will be made available to the public. The total tranche can be increased to S$350 million in the event of over-subscription.

For more on CapitaMall bond, you can read my follow-up article : Should I subscribe to CapitaMall Bond?