My letter on foreign worker levies : Benefits of a CPF scheme for foreign workers was published in the Straits Times forum section yesterday. 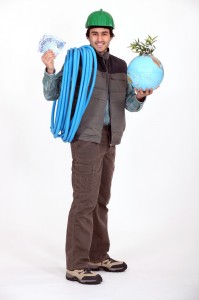 I wrote the letter in response to a speech by Ho Kwon Ping – S’pore ‘must get creative’ on housing, income inequality. He had the same idea about converting the present foreign worker levy scheme into a deferred savings scheme for the foreign workers.

However, I took it a step further. I thought that the scheme can be extended to all foreign workers, inclusive of employment pass holders. Below is the text of my original unedited letter.

MR Ho Kwon Ping brought up an excellent idea about having deferred savings for foreign workers that the government should seriously consider. (“S’pore must get creative on housing, income opportunity” ; 13 Nov 2014)

The present Foreign Worker Levy system can be converted into a scheme where every foreign worker working here contributes to the Central Provident Fund (CPF), just like what all Singaporeans and Permanent Residents do.

This has four immediate benefits.

Firstly, this will lead to a higher real wage for Work Permit and S Pass foreign workers, as the levies are now channeled to their remuneration. This also means that we will be able to attract higher skilled workers.

Secondly, there will be an added incentive for foreign workers here to behave well, as their CPF will only be given to them at the end of their working stint if they do not infringe any of our laws.

Thirdly, this will ease the administrative burden on companies, as they no longer need to remember and manage various tiers of levies as well as worry about frequent changes to the levies. Every staff, whether local or foreign, will all be on the same CPF scheme.

Lastly, it will level the playing field for locals and foreigners on Employment Pass applying for the same jobs. The local job seeker will no longer be put at a cost disadvantage just because of the need for companies to contribute to his CPF.

The new scheme will mean that the government no longer gets any revenue from the levies.

However, we should bear in mind that original intent of the levies was never meant to be for revenue. The purpose of the levies has always been to be a pricing mechanism to regulate the number of Foreign Workers in Singapore. The same objective can be achieved with the new proposed CPF scheme working in conjunction with the present Dependency Ceiling.

Low Prices Not Cause of Speculative Activity

How Do You Define Financial Advice?

Sacred cow can kill if not bringing in money. But golden goose …. ??

Unfortunately unlikely for govt to kill the golden goose even for long-term benefits for citizens.

Need a disruptive spur, like about to lose majority power, before it will take action.