Today, there was an article on Straits Times that Brazilian property developer EcoHouse has been placed on MAS Investor Alert List. 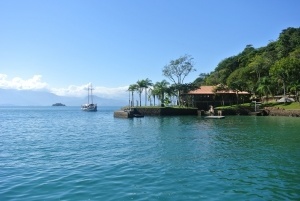 Actually, the news is not new as EcoHouse was already placed on the MAS watch list quite a while back.

The sales network manager of EcoHouse, Simon Dawson, did not respond to Straits Times calls or emails for more information. To my knowledge, Simon Dawson previously worked in Profitable Plots.

In my earlier article on EcoHouse back in March 2014, we knew that investors who took part in the 1 year plan that offered a 20% return were stranded.

They were given an option to extend their maturity to 3 years. In return, they would get an immediate 20% return.

Based on today’s article in the Straits times, it seemed that even investors who took up the extension option were not paid the immediate 20% that they were promised. This looks very bad indeed.

Anyone who invests in property related kind of projects should keep in mind that:

I could be wrong, but personally, I don’t think the investors will be getting any money back. They will probably be stuck with a title deed to a land in a far away place and an uncompleted property.

EcoHouse has come out strongly to say that they will deliver on their promises and that being place on the MAS investor alert list is not an issue.

EcoHouse : We will deliver (Property Guru)

Another PP. Frankly the signs are obvious. If govt wants to be serious about cowboy investment outfits, it better immediately freeze all it accounts and do a forensic audit of its accounts and follow the money. At least maybe can recover 20%. If let them continue, all the funds will be siphoned offshore over next few weeks. Not in breach of contract doesn’t mean ethical and best practises followed. It’s all up to govt whether they got the moral courage to act in the spirit of the law, and not let cowboys hide behind the letter of the law.

“Commenting on various internet rumours about the whereabouts of high-profile flamboyant Chief Executive Officer Anthony Armstrong-Emery, Bissessar added: “… there tends to be a lot of nonsense that gets floated around.”

And yet the question was never answered the question. I would have though that knowing where the head of your company was at all times would be important.