Fire in Sino-Forest and S-Chips

While the plague in S-Chips continue over here in Singapore, the same thing has happened in the US and Canada.

In the past couple of years, there are many China based company that have got themselves listed into US and Canada via the reverse merger method. Most of these companies had operating records that were so dismal that they would never have made it through the traditional way.

The SEC is currently investigating claims that America firms and individuals have defrauded American investors of billions of dollars by conspiring with their counterparts in China. 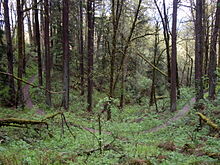 While there are many cases that had already “blown up”, a prominent case was highlighted very recently.

A few weeks ago, a research firm called Muddy Waters released an analyst report alleging that a China based company called Sino-Forest Corporation is a fraud.

The entire report can be downloaded here: Muddy Waters Research Report on Sino-Forest

Sino-Forest is (supposedly) one of the leading commercial forest plantation operators in the People’s Republic of China and was listed in Toronto in 1995. Since the release of the Muddy Waters report, its share price had dropped by more than 80%.

The management of Sino-Forest tried to refute the report but the answers that it tried to provide only served to cast more doubts on its position.

Prior to this, the biggest shareholder in Sino-Forest is John Paulson, the man who successful predicted the sub-prime crisis and made a fortune in the process.

When the research report first came out, Paulson tried to provide advice to Sino-Forest. But later on, Paulson decided to bail out of his investments, selling everything he has and taking a $US500 million loss.

Looks like this time round, even he got it wrong.

While the allegations has still not been proven at this stage, this incident does highlight the difficulty that foreign investors have in doing real research on a overseas company. If a hedge fund with billions in resources can get it wrong, what hope does the individual investor have?

Unless the Chinese government starts taking active actions to prosecute some of these scammers, I will be avoiding ALL kinds of S-Chips listed here.

It turns out that Temasek Holdings was also once a major shareholder in Sino-Forest.

Not too sure whether they are still holding on to any.

TH holds many foreign assets including chinese banks. Most of TH holdings although substantial does not come with direct controlling interests in the assets. TH is viewed more as an investors rather than someone wanting to control and manage those assets.

me too, freaked out by chinaman. Having said, it is important to distinguish between what’s an S-chip and what’s not. I think if one talk to market players to describe what is an S-chip, there are overlapping similarities and few non-similarities.

for me, an S-chip is a chinese company with almost/all of its assets in China and operating out of China. Its controlling shareholders are chinaman base there. The chairman and Ceo of the company and top managements are also all from there.

Almost all the S-chips listed in Singapore fit the aboves except Midas where its Ceo is a singaporean but its major shareholder is a chinaman. So far, midas no scandal yet and trading close to attractive level. What’s your thought about midas? Could it be different from other S-chips?

i think for exposure to the china growth story, it’s better to invest along with big singapore companies or sovereign funds that have direct controlling interests in mainland assets. Example would be GLP, CapmallAsia, ChinaMinzhong??, ….