I managed to obtain from my friend an audio clip that had a short interview of Jim Rogers following his speech at NUS a couple of weeks ago.

The transcript of the interview provided by my friend of InvestIdeas Forum and with additions done by me can be found below:

Media: You travel a lot, what do you see in ordinary people?

Roger: You learn more from the ordinary people than you do from the government.

Where you can really find out what’s going on about the world is to see the world close to the ground and talk to ordinary people.

You cross the border and you are going to find out more about the country than if you fly into an international airport and go through customs and immigration. Because millions of people live across the border out in the jungle or in the deserts, and then you get to find out what’s really happening.

Media: Could you describe an unforgettable moment while you were travelling in China?

Roger: Well, I have been to China many times. I was in Hami, Xinjiang (哈密、新疆). It was the first time I drove across China. They didn’t have many hotels in those days.

And that’s what I now know, there’s fabulous opportunities for tourism in China.

Where to put your money

Roger: Things that are going to come out of this unimpaired is where you should have your money. And (one of) the many things that I know of is going to be commodities.

Most companies and most especially financial companies have been damaged. Now,they are not going to be great stocks. Coming out of it, I’m saying the fundamentals that have not been impaired – agriculture, water treatment, tourism in China, things like that. I have no idea what kind of (—) you can expect. I think all commodities will do well.

All have been beaten down right now. I’ve covered a lot of shorts on Thursday. I’ve been covering shorts and when you have a panic like this, it means you always think you should be buying – who knows. I think even if you have a rally from here, it could be a bottom is being formed, but I don’t think it’s the bottom yet.

Media: What can Singapore learn from this crisis?

Roger: Singapore has learnt a great lesson. Save your money. Save a lot, invest wisely and don’t do a lot of foolish things. Your government is not printing a lot of money and doesn’t seem to be printing money.

So far from everything that I can see, Singapore government is doing the right thing. Now, Singapore is going to be affected by all of this, but Singapore has more foreign currency reserves per capita – than any other country in the world that I know of. The last country standing is going to be Singapore.

Media: What are the new markets and opportunities?

Roger: The new stock market in Cambodia which should start next year if it’s on schedule. It might do good things for Cambodia. I’m optimistic about Cambodia. Myanmar is another place that has magnificent opportunities. 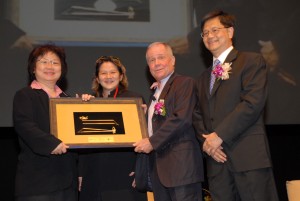 Register on the Do Not Call (DNC) Registry Today