Lessons We Can Learn from the Sim Lim Square Incident

The story of the week has to be the Sim Lim Square scams. 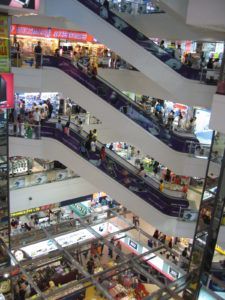 Unless you have not been reading any news in the past week, you would have read about the public fury over the actions of certain retailers in Sim Lim Square.

Very seldom have we seen the public so united in their condemnation of one party. Regardless of political beliefs, which soccer club you support, sexual orientation, religion or race, almost everyone were appalled at the rogue tactics employed by Mobile Air and its owner Jover Chew, how they were allowed to operate with impunity for so long and the grave injustice suffered by the victims.

Now, these practices have actually been going on for years and is nothing new.

However, it became fresh news when Mobile Air tried to be funny by refunding $1000 (all in coins) to a tourist from China. This came about as a result of their questionable practices with the refund ordered by CASE.

This drew the attention of the public and the media subsequently followed up with a few other cases of tragic stories of victims, including one from Vietnam, Mr Pham Van Thoai. There was a video of Mr Pham kneeling and begging for his money back, in the process being mocked by the Mobile Air staff .

To cut a long story short, the perpetrators have since gone into hiding after their personal details and photos were exposed by an online vigilante SMRT Feedback (not related to SMRT) in an operation they called #OpsAirKangkang.

So, what lessons can we learn from the Sim Lim Square incident?

For those who have not read the stories, Straits Times has a section dedicated to it: Sim Lim Square Scams

In fact S’pore has TERRIBLE consumer protection compared to most other developed countries. Over here it is caveat emptor, or you die your biz.

yes, our consumer protection lags some of the other developed countries. And CASE, being a non-government body, is toothless.