Reading the recent Parliament discussion on our Medishield reserves and its loss ratio got me thinking…and writing.

From an insurance point of view, a loss ratio is defined as the ratio of what an insurance company pays in benefits and associated expenses (such as adjustments) to what is collected in premiums, expressed as a percentage.

It was highlighted in Parliament that the loss ratio of Medishield last year was around 44%. Meaning for every $1 of premiums collected, 44 cents was paid out.

Solely based on this figure, the premiums would appear high. It could easily be halved from current levels and the Medishield scheme would still be very healthy with a loss ratio of less than 90%. 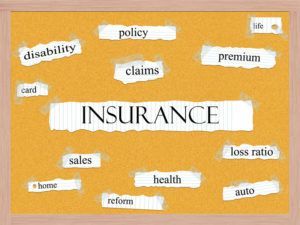 Health Minister Gan Kim Yong explained that the 44% was not the correct figure to look at. A better comparison would be with the incurred loss ratio as it also took into account future liabilities (of incurred claims).

The example given was that someone with kidney failure will need to make dialysis claims not only in the first year, but for the rest of his life.

If you factor in all these potential future claims, the incurred loss ratio for Medishield over the last five years was actually 96%.

I did a mental thought experiment and was not very convinced with the use of this incurred loss ratio.

Before I share my thought experiment, just a small disclaimer. While I’m fairly well versed with health insurance, I’m no actuary. Hopefully, someone more qualified can help to expand on these ideas and correct me if I’m wrong.

Let’s look at an extreme case where Medishield only covers one person and every year, this person pays $1000 in premiums.

His kidney fails and he needs regular dialysis, of which Medishield pays $900 every year. The means that the loss ratio is 90%.

If the premiums and Medishield claim for the dialysis does not change for the rest of this person’s life, the Medishield scheme would still be completely solvent as it only pays out 90% of premiums collected.

This is no need to factor in for any future losses as the system basically takes care of itself year after year.

Now let us look at the incurred loss ratio for the same example.

First of all, we need to estimate what is the potential future liability of this kidney dialysis patient.

Say we use 9 years of future claims.

To keep the incurred loss ratio at 90%, the annual premiums for this person will have to be increased to $10,000!

My calculation of the incurred losses did not take into account the present and future value of money. If I did, the losses and premiums will be lower.

With regards to the use of  incurred loss ratio to determine the level of premiums, I don’t like it for a few reasons:

Personally, I think Medishield premiums are priced too conservatively in accumulating reserves. The Medishield Life Review Committee has recommended greater transparency on their reserve requirements. That, together with its premiums pricing principles, will help the public  to understand and appreciate the scheme better.

I tot all sinkies already know … this is the application of normal kia su, kia si, and selfishness (aka profit motive, self-centred, maximise benefits) by the civil service and pappies. All sinkies should already know this since all sinkies also got these 3 traits after 55 years. Nothing to be surprised about.

Ok, I’ll try to summarise as much as I can. Firstly, incurred loss ratio reserving method is suitable only for yearly renewable insurance i.e. motor insurance etc. In fact, a more accurate measurement should be ultimate loss ratio (i.e. incurred + IBNR). Hence, it is unsuitable for Medishield Life. Medishield Life reserve, like any other guaranteed renewable insurance, should be estimated by discounting future cashflows with the appropriate probabilities applied to each cashflow.

The CAR ratio of 200% is too much for a few reasons: (1) It’s very much higher than the minimum of 120% (2) unlike the private insurer’s insurance funds, Medishield Life is (implicitly) backed by the government and so there is really no need to have that much of a buffer. Incidentally, the 20% of the 120% is already a buffer. Imho, 150% CAR ratio should be sufficient for Medishield Life.

I think there is no good way of determining the 30%. Either it becomes too complicated (and difficult to enforce) or it’s too simple (and unfair). That’s why I suggested it should taken care of by the government.

Now which group warrant a 30% extra premium for 10 years ?

1) Currently on dialysis but not on any medical plan

5) Someone who prefer to self insured himself (and not to sign up for any medical plan ) but got HBP lately.

6) Someone who prefer to self insured himself (and not to sign up for any medical plan ) but got heart attack lately.

Who is going to be the underwriter to decide on the 30% extra for 10 years ?

Looks like an army of underwriters are required. Job openings.. *hint* *hint*.

A existing policyholder under IP is excluded for HBP.
So existing CPF medishield is likely to exclude this condition too.

Now CPF medishield life is going to include such condition with or without the 30% extra premium for 10 years.This group of PH is very likely going to claim much more and use up more of the surplus/ reserve when HBP complication arises in the future.

The claims for this group due to HBP is suppose to be paid by the government perpetually up to medishield life limit (with the 30% extra premium for 10 years and government funding for the unhealthy group. But how to draw a clearly define line down the road so that their claims will not eat into the surplus/ reserve of the healthy group ?

During the feedback session, I have proposed keep the existing plan as it is to be underwritten by IP insurer, Whatever not claimable or excluded by IP provider to be paid separately by the government from another fund. This move will surely reduce the premium of the new medishield life.

However the government just prefer to camouflage everything into one fund and eventually everyone pay much more so as to subsidise the unhealthy. …..