Following yesterday’s topic about identifying dud companies, today we will talk about a winner.

Most people probably won’t know what business this company called Pertama is in when I mention it by name.

However, if I mention Harvey Norman, almost everyone in Singapore will know.

Unless you had been living in a shell, you would have seen this famous chain of shops selling furniture and electronic items in many shopping malls in Singapore. 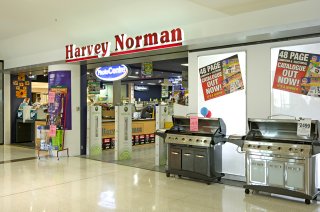 Yesterday, Pertama announced a proposed delisting of the company at an offer price of $0.65 a share.

Unlike some of the “forced delisting” (of certain companies) that has resulted in agony for the majority of the shareholders, all the Pertama shareholders would have profited if they accepted this delisting offer today.

The company has not traded above the offer price of $0.65 in the past ten years. In fact, it was still trading at $0.46 back in April 2011. The price has gone up to around $0.57 very recently (makes me wonder about insider trading).

I remember coming across Pertama back in 2000 when there were some discussions about it on an online forum. I bought some shares at $0.255 in 2001 and never did anything to it after that.

In the first two years, the company declared about $0.001 dividends each year. Nothing too fantastic, but it was still a yield of about 4-5%. And it was just slightly better than the 3% interest that banks were giving back then.

Throughout the years, the dividends have been constant and steadily increasing. In 2008, I received a bumper dividend of $0.048, which was 18.8% of my purchase price. Cumulatively, I have received $0.17254 (per share) in dividends all these years.

If the exit offer materialized today, my total gains (including dividends) in ten years would have been almost 200%, or 12.5% annualized returns. Not the kind of returns you see being shown in advertisements for trading seminars, but it’s definitely a return that I can be fairly happy about.

I was pleased that Pertama was able to give out dividends every year even though they were involved in a tough retail business. As we all know, it is not easy to sustain long term profitability for a retail business.

Although it’s a simple business model that we can all understand, I’m sure everyone had seen many retail shops change owners after a short while and even some big chains closing down after years in operation. But somehow, Pertama was able to generate healthy profits and cashflow year after year.

The management of Pertama had proved itself to be competent and fair to minority shareholders in more ways than one.

No hoarding on to all the cash in the bank. No rights issue to raise capital for some silly business expansion or acquisition. And no fancy diversion of business by going into property development or that kind of stuff. If I wanted to invest into a property developer, I can easily find one myself.

This is what investing in equities should be all about. Shareholders being rewarded for being co-owners of a company with investment profits generated from the business operations of the company.

Or some greater fool game buying a over-priced share (or whatever you call it) and then trying to sell it at an even higher price to the next person. The greater fool game does not generate wealth and is merely a conduit for a casino with the last person holding on to the baby as the ultimate loser (and often clueless about it).

As of today, Pertama is already about 78% owned by the majority shareholder. They will be able to make a compulsory acquisition of the company if they receive at least a 90% offer acceptance.

And so, while I’m happy that this is one of the (few) investments that has paid off for me, there’s some degree of sadness that I will no longer be able to continue as a shareholder of Pertama and participate in their future profits. If you can continue to make money for me, I want you to keep my money!

And the biggest regret of course, is that I never bought any more shares of Pertama ever since my original purchase in 2001 (which was not a lot having just started work).

There was a big opportunity in 2008 when the shares traded back to the $0.20+ region. What was I doing then? Oh well.

Even if it’s 10 years, it’s still a good wait as it paid off in the end. Go Harvey Norman go!

I been told that Ossia might walk the same path. Plenty of gossips and rumours. But I suspect it might just be NATO.

Congrats on the buyout. I agree wholeheartedly with your article.
A very very very excellent article.
Warren Buffett would have been proud of you. haha :p

I think Warren Buffett will also be able to identify with my guilt of omission, of me sucking my thumb and not taking action to buy more. 😀

huat!ah!
since pertama no longer, there is challenger still around. not sure will enjoy the same outcome. 😉