Almost all medical (or hospitalization and surgical – H&S) insurance provides coverage with an exclusion for pre-existing conditions unless the condition was declared and accepted by the insurer. Of course, if you knew of a condition and didn’t declare it, it will still be excluded. Without this exclusion clause in place, people can simply wait until they develop a medical condition before they take up cover for themselves. 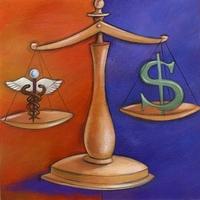 However, the term pre-existing is somewhat ambiguous and we would need to refer to the actual policy wording to see what it means.

2) Which originated or was known to exist by You or the Insured Person prior to the Policy Commencement Date whether or not treatment, or medication, or advice, or diagnosis was sought or received.

means any Injury, Illness, condition or symptom that existed prior to the Effective Date, the date of Upgrade or the date of the last reinstatement, whichever is later,:

1) For which treatment, medication, advice, or diagnosis has been sought or received or was foreseeable by You or the Insured Person;

2) For which an ordinary and prudent person with such Injury, Illness, condition or symptom would have sought advice or treatment in connection with his/her health; or

3) Which You or the Insured Person knew existed, whether or not treatment, medication, advice, or diagnosis was sought or received.

The old definition has a catch-all clause “which originated” that will automatically exclude cover for all pre-existing conditions, whether you know it or not.

The new definition is much better although it might still be debatable what constitutes “ordinary and prudent person with such Injury, Illness, condition or symptom would have sought advice or treatment in connection with his/her health”. Some people might shrug off common symptoms like headache, cough, etc and don’t bother to seek medical advice until something really happens.

For the sake of completeness, here’s how the other providers of integrated shield plans in Singapore define pre-existing conditions. AIA and GE don’t seem to have the definition in the policy wording. Policy wordings are referenced from the MOH website.

Pre-existing Illnesses, Diseases or Impairments shall mean any illness, disease or impairment

2) which was known to exist, whether or not treatment, medication, advice or diagnosis was sought or received; or

3) the conditions or symptoms of which existed and would have led a reasonable and prudent person to seek medical advice and/or treatment, before the Commencement Date.

A pre-existing condition is the existence of any signs or symptoms for which treatment, medication, consultation, advice or diagnosis has been sought or received by the life assured or would have caused an ordinary prudent person to seek treatment, diagnosis or cure, prior to the Cover Start Date of this benefit or the date of reinstatement (if any), whichever is later.

Any pre-existing illnesses, diseases, impairments or conditions from which the Insured is suffering prior to the Policy Date or reinstatement date, whichever is later, will not be covered unless the Insured makes a declaration in the application for this Policy or on reinstatement and such application is specifically accepted by us.

[…] things might get complicated as it will then be a matter of proving or disproving “ pre-existing conditions“. That will depend on the doctor’s diagnosis of when the condition first occurred and […]

so which insurer is the most lenient based on their wordings?

NTUC and aviva’s definitions are similar, Prudential appears to be slightly less stringent (but is largely similar), while GE and AIA do not really define their pre-existing at all.