Regulation of Financial Markets in Singapore

The recent financial crisis follows a period of deregulation of the financial markets in United States. Depending on financial institutions to self-regulate has been shown to be inadequate. Often, excessive risks were taken in a bid to boost the bottom line.

If everyone is employing (high levels of) leverage while you do not, your returns will be dismal compared to the rest. However, doing what everyone else is doing does not in any way makes it correct if it is wrong in the first place. 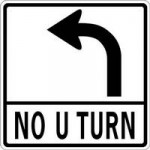 In Singapore, we are used to being told what to do. If there is no explicit sign that says we can do something, the default assumption is that we can’t do it. For example, other countries use a “No U Turn” sign. Here, we only turn when we see a “U Turn” sign.

A joke has even been made out of it with a “Flirting Point” set up outside the Singapore Art Museum.

Growing up in such an environment, some people take it for granted that if something is allowed to be sold in Singapore, then it can’t be bad.

This mindset is dangerous because when it comes to personal investing, the concepts of buyer’s beware and caveat emptor come into play. Sadly, some structured notes investors like Minibond or Pinnacle would have found out about this the hard way.

If you invest into regulated financial products, there are rigorous procedures in place whereby you need to sign pages of forms. More often than not, you would have signed a declaration that the adviser or sales person has explained to you what you are investing in.

Now, whether that explanation is correct or not is another matter. The playing field is usually not in favor of the individual as it is likely he will end up having the burden of proving the wrongdoing if things go bad subsequently.

In Parliament yesterday, a question was asked whether (in view of the past year’s global financial crisis) the level of government regulation of our financial market will increase; and whether the Government’s regulatory philosophy of the market has shifted due to the lessons gleaned from the crisis and, if so, (i) how has it shifted and (ii) what have been the lessons gleaned.

The response by Mr Lim Hng Kiang can be found here:

I would say that no matter how good the rules and regulation are, the weakness in any system is always in the people. This could occur either in the implementation or enforcement.

In this time and age where information is widely available, it is important that all of us arm ourselves with the correct information to understand what we are getting ourselves. This will help mitigate (to a certain extent) the shortfalls in the system.