The latest news about Sino-Environment is that Sam Chong Keen has stepped down as CEO and the company has on 11 May 2010 made an application in the High Court of the Republic of Singapore (the “Court”) to place the Company under judicial management. 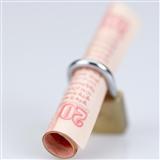 Looks like the restructuring is not going to happen. This is not surprising if you read the “Cash and Special audits” announcement released about a week ago. Some examples:

In view of such circumstances, what can anyone possibly do? You can’t even access your own bank accounts! And everyone has gone missing. Investors in Sino-Environment have surely been taken for a long ride.

Another reason for me not to touch S-Chips – ever. It is just too difficult to do the necessary due diligence on these companies.