What do strata-titled-shops and high end Sentosa Cove properties have in common?

Some of their investors are hurting big time. 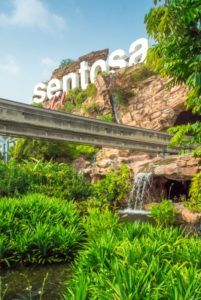 According to a Reuters article about Sentosa Cove, property prices on Sentosa Cove have fallen due to distressed sales and many houses are sitting empty.

Mortgagee sales have quadrupled to 64 in the first half of this year compared to just 16 in the second half of 2013.

Hundreds of flats and bungalows are listed for sale on real estate websites, yet just 12 apartments and one house have changed hands all year on Sentosa.

Foreign buyers are clearly not coming.

A lodged caveat on 28 July 2014 showed that a penthouse at The Berth by the Cove with a floor area of 3046 sq ft was sold for only $3.5 million. This works out to $1149 psf, which is insanely low compared to prices you see in other parts of Singapore.

The original price of the unit was $2.2 million ($725 psf) back in February 2005, which shows us just how much property prices in Singapore have sky-rocketed in the last ten years.

A savvy investor friend of mine once warned me never to buy strata-titled commercial properties off-plan.

The problem with strata-titled retail units is that there is no central body to ensure that the mall has a good mix of merchants to draw the crowd in. There is no anchor tenant and it is also difficult to coordinate marketing and joint promotion activities.

If the owners are mostly investors, everyone will be trying to compete for tenants (adding to the time lag of getting shops to be opened) and you get a random mix of tenants.

Unfortunately, many novice investors have to learn this lesson the hard way. Low quantum prices and high rental yields have lured many of these investors into this sector after a series of property cooling measures for residential properties.

Here’s one example which I’m sure will not be the last.

Six-storey North Bridge Commercial Complex was refurbished into the retail mall Bugis Cube by Griffin Real Estate Investment Holdings and opened at the beginning of this year.

Most of the shops in Bugis Cube are empty and there is very little pedestrian traffic, despite its location just across Bugis MRT station and Bugis Junction which has an occupancy of almost 100%. The sorry state of the entire building is summed up by its top level which has been left uncompleted.

It looks like dreams of buying a retail property for rental yield have evaporated for investors of Bugis Cube.

Has HDB BTO Supply Been Overdone?

Thank you for the insightful insight Martin.