What a difference a year has made.

At the start of 2009, all was dark and gloomy amidst the greatest financial crisis the world has seen.

Now, in 2010, there seemed to be a lot of optimism, at least among the people I spoke to who are starting to invest into stocks again.

The stock market is driven largely by sentiment and if sentiments change, the direction of the market can also change.

What are some factors that can threaten to trigger a change in sentiment?

Unwinding of US Dollar Carry Trade 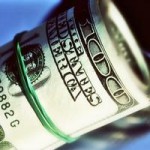 The US dollar, forsaken just a few weeks ago, has staged a remarkable rebound since the starting of December 2009. Nearly everyone was bearish on the USD back then and it has appreciated nearly 5% against both the euro and the Japanese yen.

The appreciating US dollar has raised concerns that it could derail carry trades. In the past year, the cheap USD has been used as a funding source into more risky assets. If the dollar continues to strengthen and some of these carry trades are unwound, it could trigger a fall in riskier assets like stocks, commodities and other currencies.

The bailout from Adu Dhabi has prevented  a crisis for now. However, this does not guarantee a bailout in the event of a future default. Already, there has been increased concerns over other debt-laded governments like Greece.

Australia had been the first developed country to increase their interest rates. Most of the other governments are threading a thin line between maintaining their current policy or tightening them. The fear is that tightening too early might lead to a adverse effect in the economy again. On the other hand, if monetary policy is kept loose for too long, it will ultimately lead to inflation with risk of asset bubbles forming.

Unresolved Issues in the US Sector

Looking beyond the recovery numbers, you can still see banks failing in the United States practically every week. Bad mortgages are still bad and the question is whether the medicine has been enough or correct. To quote Marc Faber:

If we agree that excessive credit and excessive leverage led to the crisis, then what the Federal Reserve is doing is giving a wrong medicine to the patient –  they are giving the drug addicts more drugs instead of sending them to rehabilitation, which is not good for the economy.

If the medicine is wrong, then problems will resurface, not now – but maybe one or two years down the road.

In hindsight, the past two years had been a great learning curve. Now, I am more convinced than ever that most people are doomed to making losses or dismal returns when they invest. More on that in a future post.

Agree with you totally.

I almost totally agree with you, except for the part about the difficulty in following a regular investment plan.

Whilst unit trusts are not the best when it comes to bang for the buck, i believe if somebody invests a regular amount monthly via giro over the years, he should be doing ok now. But this is my guess, I have not done it.

Practical experience has shown that a number of investors will actually stop/suspend their regular savings plan during times of crisis. This is what happened last year.

I totally agree with this sentiment, I myself have tried this strategy but when things are very very dark, the average investor will usually not be able to pull the trigger, there are too many what ifs clouding his vision, if he has many mouths to feed the urge to run for cover is even stronger.

However I do think for the average investor being fully invested all the time is still better than trying to time the mkt, I believe most if not all average investors will get their timing wrong, and end up with a disastrous negative return.

The problem isn’t as bad if investors stay invested all the time.

The problem with average investors is that they tend to get in when markets have run up a lot and then sell at a panic when things are bad.

Agreed market timing is hard if not impossible. The next best approach is to have a disciplined approach with regular investments. In theory it sounds simple but in practice, it is hard to follow through.

I do agree with you that most people are doomed to lose money, investing is just too “difficult” for most, so most rely on “experts” who either have no idea what they are talking about or are just out to sell the product their employer is peddling.

Like you said the people who made the most money were those who invested during the depth about 15/18 months ago, but the problem is most people would be too scared to invest then, many would have been worried about losing their jobs, their existing investments would have been swimming in red ink, and the final nail would be experts screaming that it was the end of the world.

Personally I divided my funds into a reserve fund which was meant for my family if I lost my job for a prolonged period, and an investment fund, and yet, although I invested new funds during the trough, I was scared and only managed to invest 1/3 of what I planned to.

A lot of investment advice is actually very hard to implement if you have a family to feed.

Some people stay invested all the time. That is a recipe for mediocre performance. The (true) rich always have wealth which they will deploy when things are cheap.

It takes great will to invest when all is doom and gloom. If a person can do that, his result will then not be the same as the typical investor.

happy new decade – hopefully it is not going to become a “lost” decade. As long as the mammoth (and still mounting) debt continues particularly in US and Europe, it will only result in a vicious cycle of no return. That monster just changes names and shapes and as long as it exists, it will drag the whole world further into the bottomless pit. Will anyone be so forgiving and absolve the US from their spend-and-beggar-thy-neighbour transgression – that probably may be just the only way out. That seems to be a job for either a saint or …. a sucker

Economic turbulence has a funny way of re-distributing wealth around I guess….