Transferring from CPF OA to SA

Last Sunday, I saw an advertisement in the Sunday Times by the CPF board. Inside this CPF advertisement, the CPF board tells us that we can earn more interest by transferring funds from our Ordinary Account (OA) to the Special Account (SA).

It was mentioned that the SA earns an interest rate that is 1.5% higher than the OA.

Before you decide to do that, do bear in mind the following points: 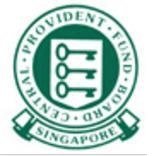 What this means is that it is possible for SA to give less than 4% p.a. interest. Here’s the historical yield for the 10YSGS:

Personally, if I have excess funds in the OA and I am many years from retirement, I would rather invest it than move it to the SA since there is a good chance the investment will return more than 3-5%.

On the other hand, a person who is very close to 55 and has excess funds in his or her OA (that he or she doesn’t intend to use) can consider the transfer option for a portion of the funds.

Last Few Days to Save Tax for Income Earned in 2017

SA is RISKFREE…. UNLIKE investments you may make with your OA.

Need to add. SA is RISKFREE…. unless investments you may make with your OA.