Yesterday, MOH released the list of pre-existing conditions that would require a person to pay additional premiums. The extra premiums required would be 30% of the Medishield Life premiums for the next ten years.

Medical conditions that develop after the start of an individual’s MediShield (or integrated shield plan) cover are not considered to be pre-existing conditions and will not be subject to additional premiums. 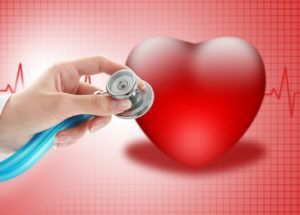 These are some scenarios where the pre-existing condition loading is applicable:

1) If you are currently not covered by Medishield and suffer from one of the conditions in the list above.

2) If you were previously covered under Medishield only and an exclusion was imposed due to one of the conditions in the list.

3) If you had previously applied for an integrated shield plan (without being enrolled into Medishield first) and an exclusion was imposed due to one of the conditions in the list.

4) You were previously declined for Medishield cover due to one of the conditions.

1) You are enrolled into Medishield and one of the above conditions happened after you were covered under Medishield.

2) You were previously accepted into Medishield with no exclusions, subsequently develop one of those conditions and then apply for an integrated shield plan which imposes an exclusion on you.

Those affected will receive a letter from CPF board informing them that they need to pay extra premiums.

For more information and examples, you can refer to this MOH press release:

Less than 1% of Singaporeans will need to pay Additional Premiums

Some additional reading on Medishield Life:

Feel free to ask any questions in the comments section below.