Bitcoins and cryptocurrencies are the rage these days. Hardly a day goes by without reading about them in the news or your social media feeds. There are so many articles on bitcoins or other crytocurrencies (for the ease of writing, I will refer to all crytocurrencies as Bitcoins from this point onwards) that I don’t need to repeat what Bitcoins or blockchains are about. Instead, I will be covering Bitcoin from another angle.

There hasn’t been so much interest in Bitcoins in the past but the human mind is such that it gets excited when they see the price of something going higher and higher. They just want a bit of the action. The psychology behind this is not too different from more people queuing up to buy tickets when the Toto prize money has snowballed to a high level. 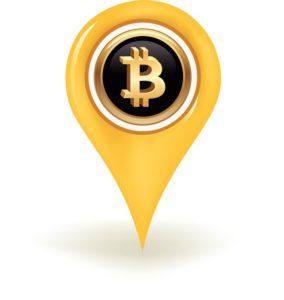 Now, you might have encountered advertisements promoting Bitcoin opportunities in one of the following three forms:

The advertisements would have already told you about the money making element but can they actually work out for you? What are some of the risks or pitfalls?

Given the strong run-up in the prices of Bitcoins in 2017, we can more or less say that they are in bubble territory. To make money as a Bitcoin buy and holder investor, a couple of conditions has to be satisfied:

The problem with valuing Bitcoins is that it is not a physical commodity like oil or agriculture that has a real demand.

Neither is a currency that is backed by any government.

The only value it gets is the price that someone else is willing to pay you for it. Or the willingness of someone else to accept it as a form of payment.

At this moment, a lot of demand comes from people who are buying in the hope of selling it at a higher price. This greater fool theory cannot go on forever. As with all bubbles, it will end at some point. Either by itself or aided by some catalyst like government controls. Already, we see many governments indicating that they will be restricting Bitcoins in one way or another. MAS itself has explicitly given an advisory caution on Bitcoins.

The end is not far from sight.

As for it being an alternative form of currency, even if it is somehow accepted by many governments, the volatile nature of its price makes it difficult for a business to accept it as a form of payment. There is no way you can run a business if your profit margin is 20% and you accept payment in a currency that can drop by 20% or more in a day. One reason some businesses are willing to accept it as a form of payment now is that the business owners believe that the price will go higher. This makes them part of the greater fool theory pool.

Another problem with the extreme price volatility is that it will be too stressful for the average person to buy and hold their investment all the way till their desired exit point (if they do have one).

Assuming the price really goes up to your desired level and you are ready to sell, are you able to cash out your holdings at that price? There are a few things that can go wrong:

There are a few companies offering to sell you Bitcoin miners that can help you mine for Bitcoins. Essentially, the miners are just computers. The projections might look feasible but you do need to bear in mind the following:

There are two approaches for this:

The risks of selling that I mentioned under “Can I sell?” will also be applicable. However, these risks can be mitigated if you trade Bitcoins on a regulated futures exchange like CME.

As for people promising to sell you auto-trading systems that can trade Bitcoins profitably for you, these are no different from auto-traders sold in the past. Do I even need to mention about their investment merits?

The technology of blockchain is a game changer and is here to stay. However, please do not let that distract you from the merits of Bitcoins as an investment instrument.

“I do hope when the fever has gone away, when the crash has happened, it will not undermine the much deeper, and more meaningful technology associated with digital currencies and blockchain,” Mr Ravi Menon, Managing Director of MAS