It has been an eventful few weeks for Hyflux.

Apparently, there has been financial (due to lack of money) and operation defaults going on at Tuaspring desalination plant for some time. PUB has indicated that they will be taking over Tuaspring (water component) for $0 if the defaults are not rectified. I think the takeover is mostly a done deal as PUB has been very active on the ground at Tuaspring for the past few weeks. Hyflux also does not seem to have the financial means to rectify the faults in such a short period of time. 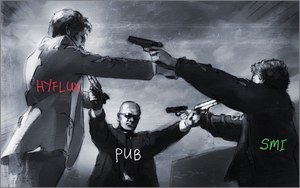 Salim has indicated that they are not happy with the current developments and it is looking highly likely that they will walk away. SMI has given a few reasons why the agreement that was earlier agreed on cannot hold. According to the information released by Hyflux, we can gather that this was the real reason why the earlier scheduled townhall was cancelled (SMI did not want to attend). If Salim abandons the deal without going for voting, he might have to forfeit his deposit.

For now, Hyflux is insisting on going ahead with the voting on 5th April as originally planned (take note that the location has been changed to Star Vista). The scheme documents have also been updated. If Salim is insistent on walking away, Hyflux will not be restructured even if the voting outcome is a “yes” (and SMI does not want to pump in any money).

One Hyflux investor has gotten a permit for a Hyflux event (gathering, protest, meeting, call it whatever you want) on 30 March (Saturday) from 3-4pm at Hong Lim Park. If we want PUB to change their mind about taking over for free (no matter how remote the chance), please show up to support wearing a black top. We have arguments based on MOF PPP guidelines that the takeover price should at least be fair (e.g. construction cost). The public entity contracting the PPP project also has a big part to play to ensure it is financially sustainable and does not fail.

As things are pretty dynamic, please keep a lookout for latest updates here:

We are entering the final lap and I expect more twists to come.