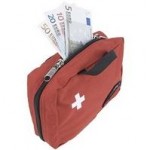 The typical 30 critical illness (CI) cover that most people have provides for a claim of 100% of the insured amount in the event a critical illness occurs. The critical illness must be included in the list of 30 CI under the plan and also fit the definition of the medical condition.

While the definitions are standardized across different insurers, meeting the definition of the medical condition would usually mean that the illness is already at a fairly developed stage.

The AIA Complete Critical Cover helps to bridge this gap by classifying the critical illness into 3 severity levels – early, major and catastrophic paying out 25%, 100% and 200% of the insured amount respectively.

Multiple claims on different critical illnesses are also possible provided the total claimable amount is not more than 200% of the insured amount.

The minimum age of entry for the plan is 6 months and is renewable up to age 75.

The AIA Complete Critical Care can be said to be a hybrid of Great Eastern’s Early Payout Critical Care and Prudential’s PruMultiple Crisis Cover. Providing such a comprehensive coverage would of course comes at a cost.

Another similar product in the market would be TM Asia’s Cancer Care which is something like Great Eastern’s Early Payout Critical Care but is restricted to providing coverage only for Cancer.