The announcement by MAS about the details of life insurance products that will be sold directly to consumers drew many comments from the public.

Insurance agents will be out of job soon.

I think MAS needs to rethink how they are engaging the industry. I am a consumer but by doing what they are doing they would just mess up a lot of livelihoods of good personnel in the industry.

IMHO, this is a good move by MAS. Singaporeans are known to be under-insured so this scheme can possibly coax more people to re-work their finances and take up or increase their coverage.

Most views of the situation are quite superficial due to a lack of contextual knowledge.

We also have people in the industry who try to give a more detailed analysis of the situation:

How to weigh the worth of financial advisers (Leong Sow Hoe, President, Insurance and Financial Practitioners Association of Singapore)

I thought that it would be useful to expand on my previous article on this issue which did not really go deeply into the issue. 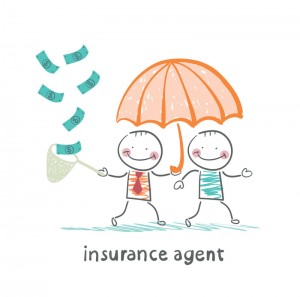 If you think about it, direct buying of term policies has always been available to most male Singaporeans and their family.

There is something called the SAFRA group term (currently administered by Aviva) which allows a person to buy up to $1 million in death coverage and $300,000 in critical illness coverage. These limits are way above the $400,000 limits allowed for the new direct channel.

Currently, only whole life plans with a premium paying term to 70 and 85 years old will be offered under the direct selling model. People in the industry will know that hardly anyone sells such whole life plans nowadays as consumers do not like the idea of paying premiums after they stop working.

So people who want to buy a whole life policy with a shorter premium term will still have to go through an agent, whether they like it or not.

Leong Sow Hoe argues that life insurance is only sold, not bought. I respectfully disagree as my own experiences are very different.

There are three types of of people who buy insurance:

1) Those who have no awareness of insurance but end up buying due to the sales and marketing efforts of agents. This might be through road shows or cold calling. For people in this group, both the insurance product and its concept has to be sold.

2) Those who understand that insurance is important, have lack of knowledge about what they need and are not comfortable doing their own research. For people in this group, the specific type of insurance and the accompanying product has to be sold.

3) Those who understand that insurance is important and know exactly what they need based on their own research (whether correct or not). For this group of DIY people, hardly any selling is required. In most cases, they tell you what they want and you provide additional inputs to their requirement.

The direct channel is most applicable to the people in the third group. They can now bypass agents and buy directly from the insurance company at a lower cost. Chances are that many people in this group have already been buying the SAFRA Aviva group insurance anyway.

However, the new channel allows them to diversify their insurance providers as well as mitigate the risk of not owning their own personal policy. So, it’s good for them.

For people in the first and second groups, they will still be very likely getting their insurance products from agents.

Due to the publicity given to the direct selling channel, there will be a new category of people which previously did not fit into my three categories. Let’s call them type four.

Type four will consist of people who know that insurance is important and might or might not know what they need. They will engage agents for advice, and after getting advice, dump them to buy from the direct channel!

This is where agents and financial advisers have to evolve to filter these people out.

The fact of the matter is that commissions from term plans only make up a small portion of financial advisers commissions.

So even in the worst case (and improbable) scenario where people in groups 1 to 3  all suddenly decide to get their term plans from the direct channel, their income will not be too badly affected.

Recall that even as of now, the choice to buy a term plan directly (via the SAFRA plan) is already there.

And because of range of whole life plans being offered in the direct channel is so limited, it will not have a great impact.

The general pro-agents comments that you read might say that it is better to go through an agent so as to get better service and help should you need to make a claim, etc.

Well, if you make a claim twenty or thirty years down the road, there is no guarantee that the agent whom you bought the policy from would still be in the industry. Such is the fluidity in the job markets nowadays.

And because the new agent assigned to you does not make a cent from taking over the policy, the service level will be a big question mark.

Anyway, all the insurance companies maintain a hotline and customer service counter, where you (or your dependents making the claim) can get help from.

Let’s Look at Something Similar

The best way to look at how this direct channel for insurance might evolve is to look at another product that is sold by financial advisers and insurance agents – Unit Trusts.

Unit Trusts are currently sold via many channels:

Despite the presence of the DIY channel for so many years, there is still a healthy pool of customers in all the channels. Why is this so?

However, one thing that has happened is that people are becoming more and more aware of the DIY unit trust portals, and the sales charge in most of the other channels have been steadily declining due to the competition.

So that might be the trend going forward for the affected insurance products.

Or advisers will simply give up trying to sell them since they still have many other products (paying better commissions) to focus on.

Most people also won’t buy term insurance if they can help it. Those who buy term are usually more financially educated and higher-income. These people already do their own research and buy online if necessary. Any talking with agents will be mainly just some inputs or entertainment.

This has been the case for unit trusts — full spectrum of all the various unit trusts online from a variety of different providers & companies. Even many banks now forced to offer zero or minimal commissions for customers to buy their unit trusts.