Yesterday, MAS announced the features of insurance products that consumers would be able to buy directly from insurance companies without going through an agent and paying commissions (ie lower premiums).

This was one of the suggestions that were proposed and accepted in the FAIR review and has been finalized after ten months of discussions with various stakeholders. The actual implementation will be in early 2015.

Earlier, the suggestion made was that term life, whole life (excluding investment-linked policies) and standalone critical illness insurance products could be sold directly to the consumer without going through an agent.

However, what was disappointing to me was the range of term and whole life products that were included.

While both types of products will have the optional critical illness (CI) rider, only policies with a specific policy duration (for term plans) and payment duration (for whole life plans) are included. 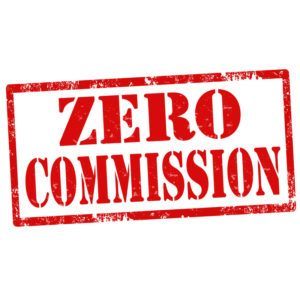 For term plans, they would include policies with the following policy coverage period:

These three options would meet the needs for most people so I would say that it is quite comprehensive.

For whole life plans, it only includes policies with the following premium payment periods:

I don’t know what kind of consultation has been going on behind the scenes, but restricting the premium payment method till age 75 and 85 is way too limited. Most whole life plans being sold nowadays are based on a limited premium payment term of 20 or 25 years.

So if you want a whole life with a short premium paying period, you would be unable to go direct.

Besides the limited duration, you are also limited to an overall coverage of $400,000 (with a sub-limit of $200,000 for whole life) that you can buy under the direct purchase model. This limit applies on a per person per insurer basis.

For example, a person will only be able to buy $200k of whole life and $200k of term plan from the same insurer.

Or if he needs $1.2 million of term coverage, he will need to buy multiple policies from three different insurers.

Overall, I felt that the actual implementation of this FAIR suggestion could have been better.

The term plan component is good for those people who DIY but the whole life portion is practically useless. Given that term plans only make up five percent of insurance companies business, MAS has conceded far too much ground to the insurance companies.

The limits could have been higher and a simple product like reducing term which is used for mortgage insurance is not included.

It will be interesting to see how the industry evolves but my take on this is that in order for the advisers to remain competitive, a couple of things must happen:

To weed off free-loaders, especially to cold prospects who come along looking for advice on term plans, advisers might be forced to implement some kind of fee or simply decide to focus less on these products altogether.