Using a CPF nomination, you can decide whom you wish to appoint as your nominees, and the proportion of CPF savings you would like your nominees to receive when you are no longer around.

Under the current system, upon the demise of the member, the Board will distribute his CPF savings to the nominees in cash as a lump sum.

Starting from 2011, CPF members will be allowed to make a nomination that will transfer their CPF monies (upon their death) into their beneficiaries’ CPF accounts.

The official reason given for this new option is that it was introduced in response to public feedback requesting for CPF monies to be transferred to nominees’ CPF accounts to better provide for their dependents’ retirement and healthcare adequacy. 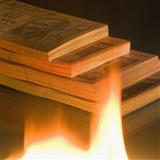 I’m quite surprised that there is feedback from the public for this option as I think most people would probably prefer to receive the money in cash. With cash in hand, they would then have the flexibility to do whatever they want with it, including topping up their own CPF account.

I suppose one reason they might want to do so is if they are afraid their beneficiaries might overspend the money too quickly.

Hopefully, we will not have a case of the cash nomination option being removed sometime in the future after this new nomination method is introduced.

Last Few Days to Save Tax for Income Earned in 2017

I don’t like what I am reading here. Something is seriously wrong with CPF. As of today, there is no public announcement of this policy change.

What public feedback is CPF talking about? No Singaporean in his right mind will agree to CPF monies being transferred to their nominee’s CPF a/c. If the nominee is young or does not have enough money in his Minimum Sum a/c, then these proceeds will go to topping up that a/c. The nominee is not going to see this money for a long time. I feel sorry for such niminees.

I can only suspect that CPF is expecting a cashflow problem in the future, and has resorted to this change in policy under the guise of public feedback.

The govt is, as usual, playing nanny to us, by trying to ensure that the nominee does not squander the money away.

There may be another reason for the policy change. Assume CPF pays out in cash to the nominee. There is limit to the topup amt into CPF. If the nominee wishes to topup more into his CPF a/c (owing to higher interest rate compared to banks), he would not be able to do so. However I don’t think the govt is so kind enough to think of benefitting the nominee this way.

The cash option will still be in place. Just don’t know whether it will be “conveniently” phased out in the future. Anyway, the changes were all publicly announced here:

People tend to be careless with sudden wealth in cash. It is a fact that many lottery millionaires live in poverty after few years or so. This is proven by statistics. So, our government has to plan 20-50 yrs ahead to pre-empt such careless people, otherwise taxes will be raised to take care of these people. So, why should we pay more taxes to support these careless people?

Appreciate your response, as I know where you are coming from. Yes, there are ppl who receive sudden huge windfall but do not know how to manage it. Their new-found monies get squandered away without them realising it. It is a sad situation.

However, my point is to let the beneficiary decide for himself what to do with his inheritance, rather than let the govt to decide for him. If this nanny govt feels that the average Joe cannot decide wisely for himself to the extent that the govt has to do it for him, then it is a totally different matter altogether. The govt should then explain its rationale why it is changing the CPF nomination policy.

There is a sizeable population of ppl who feel that CPF money is THEIRS to do as they wish. This group must be convinced that the govt deciding their use of CPF monies is for their own benefit.

I too am unhappy to hear the news. Any money once transferred to CPF a/c will stay put in the a/c till long long time, even way after retirement. Remember, it was 55, then 62, and 65 is the year for payout of CPF life for those who are reaching 55 in a few year’s time.
Also, the CPF minimum sum is moving up, just like inflation. In time to come, most ppl will just receive a statement indicating the balance and no withdrawal at 55, and his only money from CPF will be the payout from age 65.
Ever wonder, what will happens to these poor guys if they are unable to work between 55 and 65, before the CPF life payout. I would suggest earlier lock-in of CPF life and first payout within 3-5 yrs after 55.

At least for now, the option to give the nomination in CPF remains an option and is not mandatory.