This is the kind of news that is stunning, even to a High Court Judge.

Geraldine and John Nordmann, husband and wife directors of land banking company Profitable Plots, were supposed to attend a verdict hearing but were not present as they were both allowed to leave the country.

High Court Judge Choo Han Teck said in disbelief: “Both sides had done something that ran counter to their original positions during the time that I was carefully considering the verdict. How do you expect me to deliver the verdict today?” 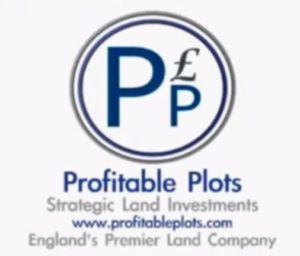 The story is that Geraldine Nordmann, one of the Directors of Profitable Plots, had initially submitted an application for the return of her passport on 18th May 2011 but the Attorney Generals’ Chambers (AGC) had objected to it.

The reason given by Geraldine then was that she had no money to stay in Singapore and wanted to move to her properties in Johor Bahru.

Investigations then had shown that Mrs Nordmann and her husband have already shipped three containers of personal belongings back to France from Johor Bahru. This indicated that they have intentions to move to France rather than stay in Johor Bahru.

However, Commercial Affairs Department (CAD) allowed the husband, John Nordmann, to leave the country. They believed that he would be unlikely to jump bail as long as his wife remained in Singapore.

It is therefore remarkable that Geraldine was subsequently allowed to leave Singapore. Geraldine’s lawyer Wendell Wong presented a case for the return of her passport by the CAD under “compassionate grounds” so that she could attend a wedding in Britain. She was allowed to do so.

The AGC said that they “will take note of the judge’s views and will consider it carefully in handling each individual case in the future.”

Still no news… As we know 2012 we recieve our money R.O.Invesment..

Does anyone any idea on the profitable plot ? How can we get our investment money back?

I’m afraid this would be a 100% write-off. The directors are in jail.

Hello.. anyone know what are the status of PP????

Yes, we should try getting back our money. Has there been any verdict on the syndicate company? Is Mr. John Nordmann still in Singapore?

We want to claim our money back..

Ain’t no way gonna get back a cent.

Unless use highly illegal means, which is a road no one should go down on.

Lose money, learn from it and be wiser and more street-smart.
Focus on things that have so far been productive in your life e.g. earning ability, family, career etc.
Don’t lose your soul too.

so, how can we claim back our investment money… it’s not small amount…

Yes.. I agree with you, we want our money back..

In Hong Kong, this kind of mistake will see the head of the agency being fired immediately after a public apology from the chief executive officer Donald.

Just curious as I have received this email regarding land banking at this website http://www.castlewoodgroup.com

What’s your feedback/comment? is it worth a challenge risk to take or not…

my advice is to avoid all land banking. Don’t risk it.

hy… yes….. it was very bad bisnes……… how can we claim back our investment money…

Liverpool’s choice of Steve McMahon to expand their brand and scouting into India is an interesting one. The former midfielder will be head coach at the facility, about which the head of Liverpool’s international academy, Steve Turner, has been quoted as saying: “We want to have footprints in every continent in the next three years. We are trying to connect with our fans and the football academy is a vehicle.”

Perhaps Liverpool should be aware of McMahon’s former status as the commercial director of Profitable Group, a collapsed investment fund based in Singapore. The fund is known to football fans for its failed “bid” for Newcastle United; it was also involved in a third-party player-ownership scheme called Project Hero. Whether McMahon intends to implement that model again may give rise to more questions for Liverpool – third-party ownership is not permitted under Premier League rules, although it is permitted in other territories.

Profitable Plots, a Profitable Group subsidiary, is under investigation in Singapore over allegations by investors that it was a land-banking operation, which it has denied. It ran an advert featuring McMahon and his former England captain Bryan Robson, describing itself as “England’s Premier Land Company”, selling “development” land in greenbelt areas.

As predicted by this column in June 2009, its promises over investor returns were always likely to be hard to uphold, with planning authorities rejecting its applications. Liverpool declined to offer a comment when contacted on Wednesday.

According to a Business Times article over the weekend, Geraldine Nordmann has actually returned to Singapore.

This is a you die your business country. Nothing surprises me any more. Actually the only thing I was mildly surprised at was those 2 ang mohs didn’t chabot in 2010 and still hang around for court attendances and let the authorities impound their passports. PP also had other ang moh directors and senior managers. I’m sure they all run road in 2010 especially after the investors finally staged a mass protest at the PP office.

Anyway, PP only left $30K under the authority’s control. How to compensate $300M investor money? Write off liao.

Incompetent nin-cum-puts these “CAD” people. What are they doing man?

Whoever is responsible must be fired immediately with no mercy as it adversely affects many Profitable Plots investors.