One big factor determining the amount of insurance premiums charged by insurance companies for providing medical benefits is the amount of claims that they are paying out. 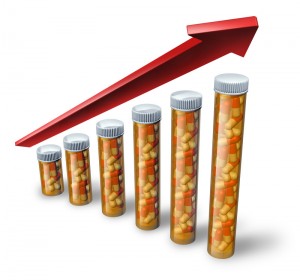 With all other factors unchanged, a rising number of claims as well as higher average claim amounts will lead to rising premiums.

The rising number of claims and claim amounts can be due to a variety of factors, such as:

Dr Tang Kok Foo has nailed it right on the head with his comments that  prices of surgeries has gone up multiple fold and even quoted examples he personally knows of where treatment might not be necessary.

The surgical fee for simple lumbar disc surgery has shot up from $5,000 to as high as $25,000, even when performed by junior doctors.

I have been in private practice for 24 years and have not encountered any local surgeon operating on a closed collarbone fracture until the past year, when there were three cases. Last year was also the first time I saw a patient undergo an operation for plantar fasciitis, or jogger’s heel.

“Pay as charged” insurance policies also encourage doctors to charge higher fees, since these will be covered by insurance. A patient once said that a surgeon told her not to worry about her $55,000 cervical spine surgery as it would be paid by the insurance company.

Mind you, these are statements made by an expert in the field with insider knowledge, and not a general statement from a casual observer.

That is why I’m not a fan of medical insurance plans that cover 100% of the cost. It tends to promote the wrong kind of behaviour among consumers, inevitably leading to higher claims and premiums.

Let me give two examples of how consumer behaviours can affect the claims.

Last year, I suffered a knee injury and had to seek treatment at a government hospital.

The specialist did an X-ray and did not detect anything that was fractured or broken. However, she was not able to determine the exact injury and recommended a period of physiotherapy for treatment to see how the knee responds.

I asked her whether we should do a MRI scan to help in the diagnosis.

She was reluctant to call for an immediate MRI as she felt it would be expensive.  Judging from my symptoms, she did not think that surgery would be required. Even if we did the MRI scan, the treatment would probably still be physiotherapy.

Even though my bill would be covered by insurance, I decided not to insist on the MRI scan. Eventually, after a period of physiotherapy and rest, my knee got better.

I never found out which was the exact ligament that was causing the trouble but my insurance company saved money from not having to pay for a MRI scan.

I am pretty sure that if I had gone to see a private specialist, he or she would have ordered the full battery of scans right from the onset.

One of my client injured his leg during an exercise.

His first thoughts (because he was covered by insurance) was to see a specialist to do a MRI scan. I advised him to see a GP first as a referral letter would be required. In any case, it would be good to let the GP decide whether further treatment is warranted.

Eventually, he did not see any doctor and the injury recovered by itself in a few weeks.

In this case, there wasn’t even a need to make any insurance claim.

Co-payment is a Necessary Evil

Personally, I feel that a co-payment of 10-20% of the bill should always be part of a medical insurance plan to deter unnecessary treatment.

I’m therefore not supportive of Medishield Life reduction of co-payment from 10 per cent to 20 per cent today to 3 per cent to 10 per cent. It is better for them to keep the present levels but have a maximum co-payment ceiling to protect against catastrophic bills.

Instead of reducing the co-payment, I would rather they reduce the deductible so that more people can benefit from the plan.

What do you think about our rising medical costs?